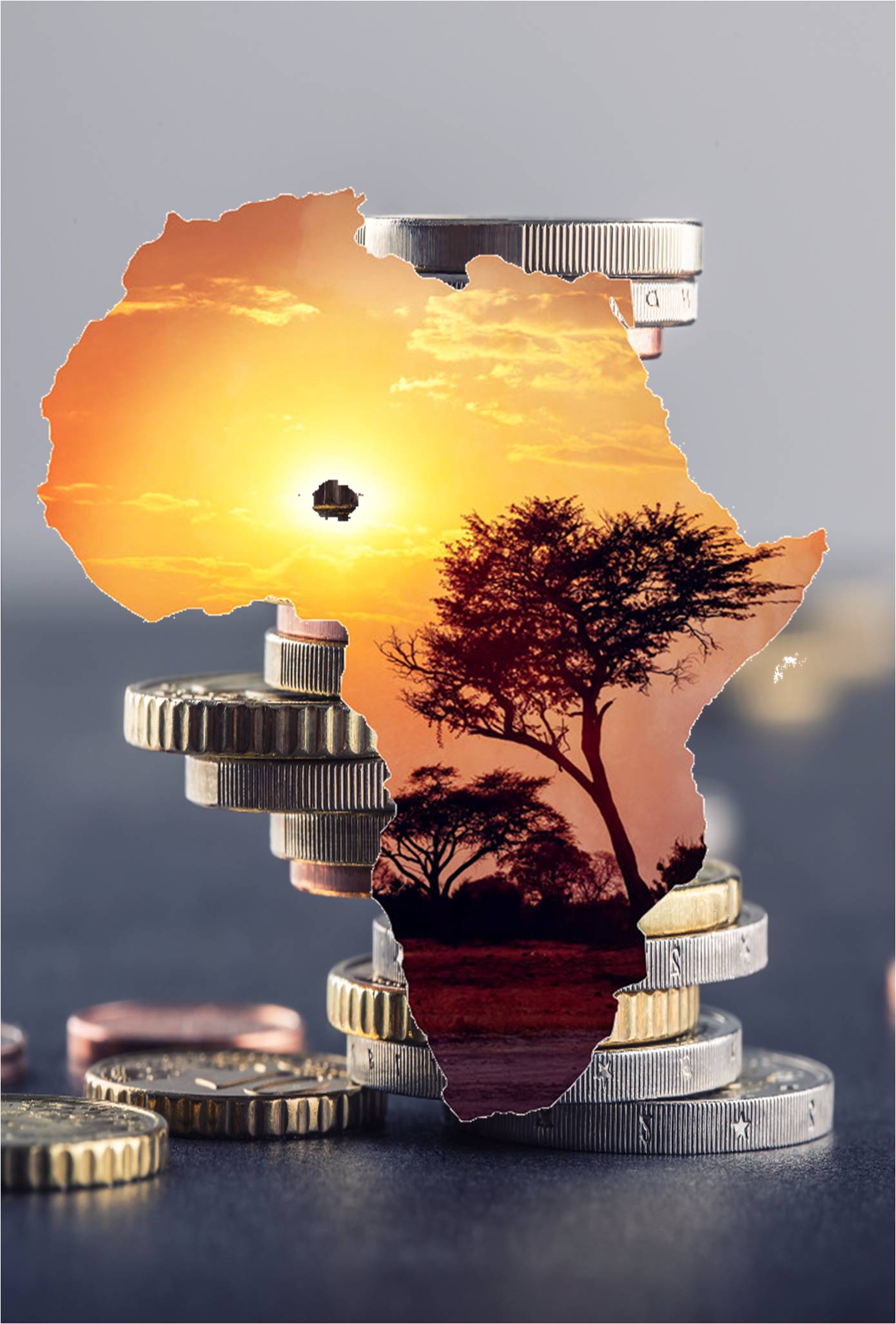 The view of Africa in compartments such as Sub-Saharan Africa, Northern, Southern, Eastern or Western Africa has aided investors in understanding the opportunities that exist on the continent. All these classifications and even the formation of regional country blocks, it is very clear that the opportunities on the Africa continent still distinctly apply on a country-by-country basis.

South Africa in the context of Africa requires a different set of eyes for the simple reason that the size of its financial market dwarfs those of other African countries. What makes rest of Africa more attractive is the potential for these markets to boom in a way never seen before. It is on this basis that we created investments products that invest in the Africa ex-SA story and the numbers back us up.

Just looking at the Big50 performance over the last 10 years since the peak of the global financial crisis.

WHY RULES BASED INVESTING WORKS FOR AFRICA EX-SA LISTED EQUITY

The African markets are still developing and deepening, the fact that hedging is not available for majority of Africa ex-SA markets, should cause alpha-hedge fund investors to shy away from the continent, as most of their stock picking strategies are defeated. The stock markets on the continent are demutualising and seeking to improve efficiency, product offerings and global alignment in moves that will create a better investment climate for the 21 century investor.

These markets are ripe for value investors, as the stocks trading in Africa are booming from the base of high growth economies, and stock market reforms, such as shortening trade cycles and automating trading systems, which will serve as a draw card for day traders and value investors who like to buy and hold company shares.

This situation is improving and this is observed by looking at companies in the AMI Big50, which have on average 3 published research houses per stock.

Rules based investing allows for the predictable construction of an equity portfolio that encompasses the breadth of diversity offered by Pan Africa ex-SA markets. In the case of the AMI Big50, the selection process is simple and once executed always produces a basket of 50 stocks. Rules based investing is a method of sifting through a universe of stocks to arrive at a basket (e.g. AMI Big50).

The index does not make calls on which country to buy or sell, other than limiting exposure to any country at 30%.

In the case of Zimbabwe, which has increased to 10% of the index, one could look and say “why?” when the market is experiencing currency and repatriation issues. It is because the rules when applied to the universe produce this kind of exposure. In comparison to other strategies say active strategies, which faced the same situation in Nigeria in 2014, they had had exposure to Nigeria in excess of 40%, which was an active decision that later failed investors. While there are numerous reasons for the bull market in on the ZSE we believe Zimbabwean investors have shown confidence and consistency in investing in listed securities as a safe haven, when the country is faced with economic uncertainty. The rules

The rules are also not biased on inclusion of certain sectors, so the portfolio will have exposure to countries and sectors without making a deliberate selection, what ends up in the portfolio is a function of what is listed on the African markets and what passes through the sifting process, as opposed to what is decided by the asset manager. The quality of the index is the consistent application of the rules.

In this new digital age, the where AI (artificial intelligence) is playing a larger role in the investment world, this consistent application of rules based investing can be taught to machines. Computers can sift through the universe and the record of baskets produced in the construction of a portfolio, so an investor who owns the AMI Big50 buys a competitive Africa ex-SA strategy at the cost of a passive.

The investment allocations of private equity managers are diversified and somewhat in line with the sector and country allocations in the AMI Big50. Most infrastructure spend seems to be allocated towards agriculture and consumer related industries, showing the changing dynamics of Africa.

The natural exit mechanism of private equity investments should be into the listed equity space, however, most PE firms have been exiting out of deals by selling onto other PE firms, hence not fulfilling the actual value chain of equity investments. This is driving entry multiples higher and higher. In many cases, the lack of liquidity on the stock market is one of the deterring reasons for not listing, as well as the additional administrative burden that is required from a listed business.

Private equity investments have a pool of assets which they can pick up in the rest of Africa, businesses that are cash generative and with established records, however these businesses are usually family owned and hard to access and so the recent drive by unlisted investors into venture capital.

Fintech has been a catchment of most of the venture capital money in Africa, with incubation hubs popping up all over the continent. However, the conversion of incubated projects into actual impact investment projects has been difficult. My view on venture capital in Africa is that it needs to carry a higher risk tolerance and allow for investments that back the jockey, investing in the next Aliko Dangote, or Strive Masiyiwa. The premise behind this is to do 10 deals each with the enormous potential of being so successful that it will be worth more than all the other investments put together.

Investing in Africa not only offers exposure to the world’s fastest growing economies but also a growing populous in the urban landscape. 60% of the Africa’s population is under the age of 25, making us feel old, and by 2030 Africa is due to make up 40% of the global youth population.

The youth is plagued with issues like lack of formal jobs, crime and healthcare, which the private sector and politics will play a role in solving: In order for the demographic dividend to pay-off and avoid being a ticking time-bomb work needs to be done to formalise the informal economy and particularity in South Africa where the barrier to entry is the red-tape.

GDP growth has outstripped population growth and this is creating a bigger pie for African citizens to benefit from.

Africa has come a long way since its struggle for independence from the early 60’s, what followed the liberation movements was a brief period of prosperity as the world looked at the continent as a place of new hope. This outlook was short-lived and soon marred by corruption, dictatorships and wide-spread poverty, unfortunately the monetary policy that ensued lead to over-indebtedness, hyper-inflation and loss of international investor confidence, Africa became known as the ‘hope-less’ continent.

The world had in most respects ignored what continues to be an unprecedented period of GDP growth, initially driven by a commodity super cycle (2000 – 2014) and later sustained by stable political environments and improved macro-economic policies (2014-).

The recent challenges to the continent have been the shortage of U$ and issues around repatriation of funds, when this is enforced as policy investors panic and loss confidence in investing in these markets. Recent examples of forex problems in Nigeria and Egypt have left investors nervous about allocating to Africa excluding South Africa.

However, over the last decade the rest of the world benefited from billions of U$ dollars in free money. When developed markets engaged in quantitative easing to stimulate growth, this ‘forced growth’ was not experienced in Africa as African governments did not have that kind of balance sheet to support stimulus packages, meaning that growth in African markets has been organic and therefore making it more valuable for long-term investing (no bubble risk).

Japan, in recent months, has engaged in Exchange Traded Fund (ETF) purchasing as part of its economic stimulus package, why ETFs, and could Africa grow further from having an ETF like the AMI Big50 tracking 15 markets? Of course.

The Cloud Atlas Big 50 ex-SA index is an effective benchmark for the most traded companies across the continent. As its popularity grows the index will come to represent a “Fortune 50” of sorts, for the African continent, giving an investor the continent’s most reputable, high-quality and reliable companies.

Affordability and Accessibility – The ETF structure is a low cost structure that has low expense ratios, this makes them accessible to the wider population ( saving clubs, man-on-the-street, first time and seasoned investors) and is easily available for corporate/institutional investors.

BENEFITS FOR THE LOCAL STOCK MARKETS

Increase Stock market liquidity – Countries added to the AMI series will benefit from the liquidity provided by the ETFs. On at least a quarterly basis, when the index rebalances, there will be adequate liquidity provided to the markets. Many other foreign investors have certain liquidity thresholds before considering a market for investment. The knock-on effect of our ETFs will be that the increase in liquidity will place most of these markets on the radar of large foreign investors.

Increased local Investment Capital – Historically, African countries have relied on foreign sources of capital in the form of FDI, debt and remittances to complement and often compensate for domestic sources of investment. It would makes sense for the majority of investments in Africa to come from Africans, this will reduce dependability on the foreign markets, reduce currency sensitivities and shocks to external factors.

Sustained Economic Growth-   Rapid urbanization and a growing labour force, household consumption – particularly from this burgeoning middle class – has been the major driving force behind economic growth in Africa. In turn, this growth has contributed to a growing demand for development of a savings and investment culture which can be made more accessible through the AMI Big50.

SOME INTERESTING FACTS ON AFRICA