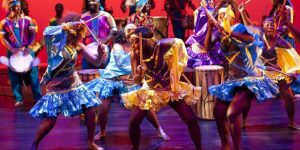 The month of May saw Africans come together and celebrate Africa Day, through appreciation of all the different cultures, languages and a major reminder that we are ONE Africa.

Many notable stories dominated the media space. Of note was Zimbabwe, on the political front, with voter polls showing a current lead by ZANU PF as we run up to the July 31 general elections. As you would expect, MDC has pushed back and claimed the polls as not all encompassing of the population. Away from the realm of politics, specifically the realm of business and markets, the ZSE Industrial index put on an impressive 9.34% in the month. Companies on Cloud Atlas’ AMIB50 such as the Seed Company of Zimbabwe and Econet led the growth for the period of May in Zimbabwe. Further north of the continent, we saw Tunisia continue to tell the story of African growth, with the TUNINDEX recording 6.98% in May. 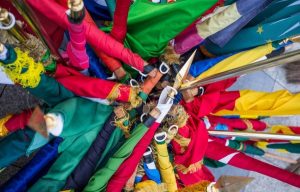 One key driver of the growth has been the economic ties and geographical proximity with Europe. Furthermore, the Tunisian economy showed signs of recovery in the first quarter of 2018, recording a GDP growth of 2.5%, the highest growth since 2014 supported by agriculture and exports. More growth is expected in Africa in general (3.2% in 2018 and to a further 3.5% -according to The World Bank). With North Africa further stabilising politically more stories similar to that of Tunisia are expected to ensue. Focusing on East Africa, one major event comes to mind: oil discovery and exploration. This is a potential game-changer for the already flourishing eastern bloc.

Kenya is currently undertaking the Early Oil Pilot Scheme (EOPS) before full field oil production commences in 2021. The EOPS is being undertaken by the Kenyan government and the Kenya Joint Venture Partners comprising of Tullow Oil, Africa Oil and Total Oil. The trickle-down effect is expected to be seen with various industries set to benefit along the value chain, and ultimately for the economies of the region.